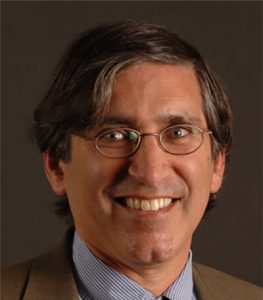 Daniel Bodansky is a Senior Adviser at the Center for Climate and Energy Solutions (C2ES) and a Regents’ Professor of Law in the Sandra Day O’Connor College of Law. He is also an affiliate faculty member with the Center for Law, Science and Innovation, and the Julie Ann Wrigley Global Institute of Sustainability’s School of Sustainability at Arizona State University (ASU).

Mr. Bodansky is a leading authority on international environmental law generally, and global climate change law in particular.  Prior to his arrival at ASU in 2010, Mr. Bodansky was the associate dean for faculty development and Emily and Ernest Woodruff Chair in International Law at the University of Georgia School of Law. He was an assistant professor at the University of Washington School of Law from 1989-1994, and a professor from 1994-2002, and has been an adjunct faculty member at Georgetown University and George Washington University law schools.

Mr. Bodansky was an attorney-advisor at the U.S. Department of State from 1985-1989 and served as the Department’s Climate Change Coordinator from 1999-2001. He began working with C2ES in 2001. Since then, he has written numerous policy papers for C2ES and was an adviser to both the Pocantico Dialogue in 2004-2005 and the Toward 2015 Dialogue in 2014-2015. Mr. Bodansky has served on the Board of Editors of the American Journal of International Law, is the U.S.-nominated arbitrator under the Antarctic Environmental Protocol, and is a member of the Council on Foreign Relations. Awards include an International Affairs Fellowship from the Council of Foreign Relations, a Pew Faculty Fellowship in International Affairs, and a Jean Monnet Fellowship from the European University Institute.

In recent years, the role of climate change litigation has become increasingly prominent. Thus far, most climate cases have been brought in national courts, but there is also growing interest in the role of international courts and tribunals in addressing …

Climate Intervention: The Case for Research

Climate change policy needs to be able to anticipate and plan for the possibility of rapidly escalating or abrupt changes that dramatically escalate risks to public safety. Achieving net-zero emissions of greenhouse gases is essential to solving the climate change …

There is a growing risk that the global response to climate change will be inadequate to avoid an unsafe global climate. There is corresponding interest in exploring the potential need for, and feasibility of, rapid responses to avoid dangerous climate …

Evolving Functions of the UNFCCC

Over its 25 history, the UN Framework Convention on Climate Change (UNFCCC) regime has grown tremendously in size and complexity. Much of this evolution has occurred from the bottom-up, through a series of ad hoc, incremental changes. After years of …

The Paris Agreement’s provisions on mitigation-related information and accounting are intended to promote transparency and environmental integrity, and play a central role in the regime’s architecture. They contain two basic elements: first, general obligations on parties, and second, authorizations to …

Legal Note: Could a Future President Reverse US Approval of the Paris Agreement?

Like other treaties, the Paris Agreement includes provisions spelling out the manner in which a party may choose to exercise its right to withdraw. This note summarizes these provisions; relevant provisions of the U.N. Framework Convention on Climate Change (UNFCCC); …

In fashioning the new international climate change agreement to be adopted later this year in Paris, parties to the United Nations Framework Convention on Climate Change (UNFCCC)1 must address a range of legal issues. This brief outlines some of the …

In Brief: Legal Options for U.S. Acceptance of a New Climate Change Agreement

U.S. acceptance of the new climate agreement being negotiated under the United Nations Framework Convention on Climate Change (UNFCCC) may or may not require legislative approval, depending on its contents. U.S. law recognizes several routes for entering into international legal …

The success of ongoing negotiations to establish a new global climate change agreement depends heavily on the agreement’s acceptance by the world’s major economies, including the United States. The new agreement is being negotiated under the United Nations Framework Convention …

Fridtjof Nansen Institute Climate Policy Perspectives 13 October 2014 A primary goal of the Durban Platform negotiations should be to develop an agreement that will maximize reductions in greenhouse gas emissions over time. Achieving this objective will be a function …

Structure of a 2015 Climate Change Agreement

Governments are aiming to produce a new global climate change agreement in 2015 in Paris. Past outcomes of the UN climate negotiations—like many other multilateral environmental regimes—consist of packages containing different types of instruments. It is likely that the outcome …

Building Flexibility and Ambition into a 2015 Climate Agreement

This paper explores options for a hybrid approach in the 2015 agreement, focusing in particular on mitigation efforts, rather than the broader array of issues under consideration in the Ad Hoc Working Group on the Durban Platform (ADP), such as …

Evolution of the International Climate Effort

The international community is in the midst of shaping the next stage of the global climate effort—working both within the United Nations Framework Convention on Climate Change (UNFCCC), and through the broader “regime complex” that has grown alongside it. Within …

Issues for a 2015 Climate Agreement

In 2011, parties to the U.N. Framework Convention on Climate Change (UNFCCC) opened a new round of negotiations aimed at delivering a global climate agreement in late 2015 in Paris. The decision launching the Durban Platform talks spelled out some …

The Durban Platform: Issues and Options for a 2015 Agreement

The Durban Platform talks, aiming for a new global agreement in 2015, present an opportunity to assess and strengthen the international climate change effort. Since launching the U.N. Framework Convention on Climate Change two decades ago, governments have tried both …

Multilateral Climate Efforts Beyond the UNFCCC

A number of established multilateral regimes offer important avenues for climate mitigation efforts complementary to those of the U.N. Framework Convention on Climate Change (UN FCCC ). Tackling discrete dimensions of the climate challenge in regional, sectoral and other global …

W[h]ither the Kyoto Protocol? Durban and Beyond

On December 31, 2012, the Kyoto Protocol’s first commitment period will expire. Unless states agree to a second commitment period, requiring a further round of emissions cuts, the Protocol will no longer impose any quantitative limits on states’ greenhouse gas …

The Evolution of Multilateral Regimes: Implications for Climate Change

The 2009 Copenhagen climate summit may in retrospect prove a critical turning point in the evolution of the international climate change effort. For a decade and a half, the principal aim under the U.N. Framework Convention on Climate Change (UNFCCC) …

Legal Form of a New Climate Agreement: Avenues and Options

Parties to the UN Framework Convention on Climate Change (UNFCCC) and parties to its related legal instrument, the Kyoto Protocol, are engaged in dual track negotiations aimed at reaching a new agreement or agreements to address global climate change. This …

Measurement, Reporting, and Verification in a Post-2012 Climate Agreement

The Pew Center released a report outlining options for measurement, reporting, and verification of countries’ actions in a post-2012 global climate agreement at a side event held during the international climate negotiations in Bonn, Germany.

Towards an Integrated Multi-Track Climate Framework

With the approach of 2012, and the expiration of the initial greenhouse gas targets under the KyotoProtocol, governments are grappling with how best to advance the international climate effort in the years beyond. The central challenge is as clear as …

In recent years, sectoral approaches have received renewed attention and are among the options proposed for the post-2012 period. In its report, International Climate Efforts Beyond 2012, the Climate Dialogue at Pocantico identified sectoral approaches as one of the potential …

International Climate Efforts Beyond 2012: A Survey of Approaches

With the prospect of new climate negotiations starting in 2005, experts, stakeholders, and governments have begun to assess a range of options for advancing the international climate change effort beyond 2012. This paper offers a broad survey of alternative approaches …

Beyond Kyoto: Advancing the International Effort Against Climate Change

The report is a compilation of six “think pieces” on core issues in developing an effective international response to global climate change. Working drafts of the papers were the focus of workshops in China, Germany, and Mexico. More than 100 …

This working paper identifies potential scenarios for the linkage of U.S. and international climate strategies; describes how emerging national and international emissions trading regimes will shape the context within which such linkages could take place; and examines issues that must …

Implications for U.S. Companies of Kyoto’s Entry into Force without the United States

This working paper examines some of the potential implications for U.S. business of the Kyoto Protocol’s entry into force – in particular, the effects of the U.S. decision to stay out of the Protocol. The Bonn and Marrakech meetings adopted …