Vice President of Communications, Center for Climate and Energy Solutions 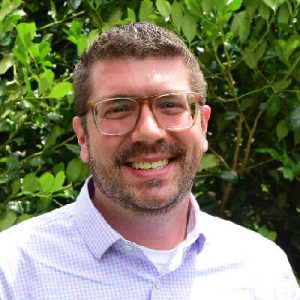 Alec Gerlach is the Vice President of Communications for the Center for Climate and Energy Solutions (C2ES). He coordinates communications strategies, including media relations, events, publication releases, and digital outreach for C2ES.

Mr. Gerlach has more than a decade of experience in public-policy communications and media relations. Previously, he served as Communications Advisor to Secretary John F. Kerry at the U.S. Department of State. From 2016 to 2017, he worked in Facebook’s Washington, DC office focusing on promoting tools to expand access to voting information in the United States and around the world. Mr. Gerlach also has worked in both the U.S. House of Representatives and U.S. Senate, beginning his career working for the House Committee on Energy and Commerce chaired by John D. Dingell (Mich.) and for Rep. Dale E. Kildee (Mich.), and later for U.S. Sen. John Kerry (Mass.). Mr. Gerlach focused on grassroots engagement and regional media coverage while at the Democratic National Committee from 2008 to 2011. He also worked with the Glover Park Group in Washington, DC consulting clients on media relations and engagement.

Mr. Gerlach has a bachelor’s degree from Michigan State University in East Lansing, Michigan, where he studied public administration and public policy.

Storytelling is Critical to Climate Action