Time is Running Out to Invest in America’s Future

A new C2ES ad in POLITICO highlights 25 companies that are calling on Congress and President Biden to pass climate and energy investments now. 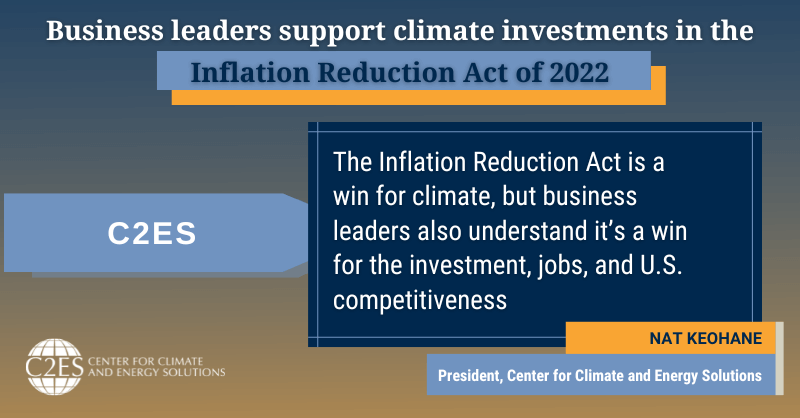 This package includes key investments that will boost America’s energy security, lower costs for consumers and help to meet our climate goals.

The companies cite climate and clean energy investments as critical to help us win the clean energy future; Strengthening our Energy Security, Meeting our Climate Goals, and Lowering Costs for Consumers. 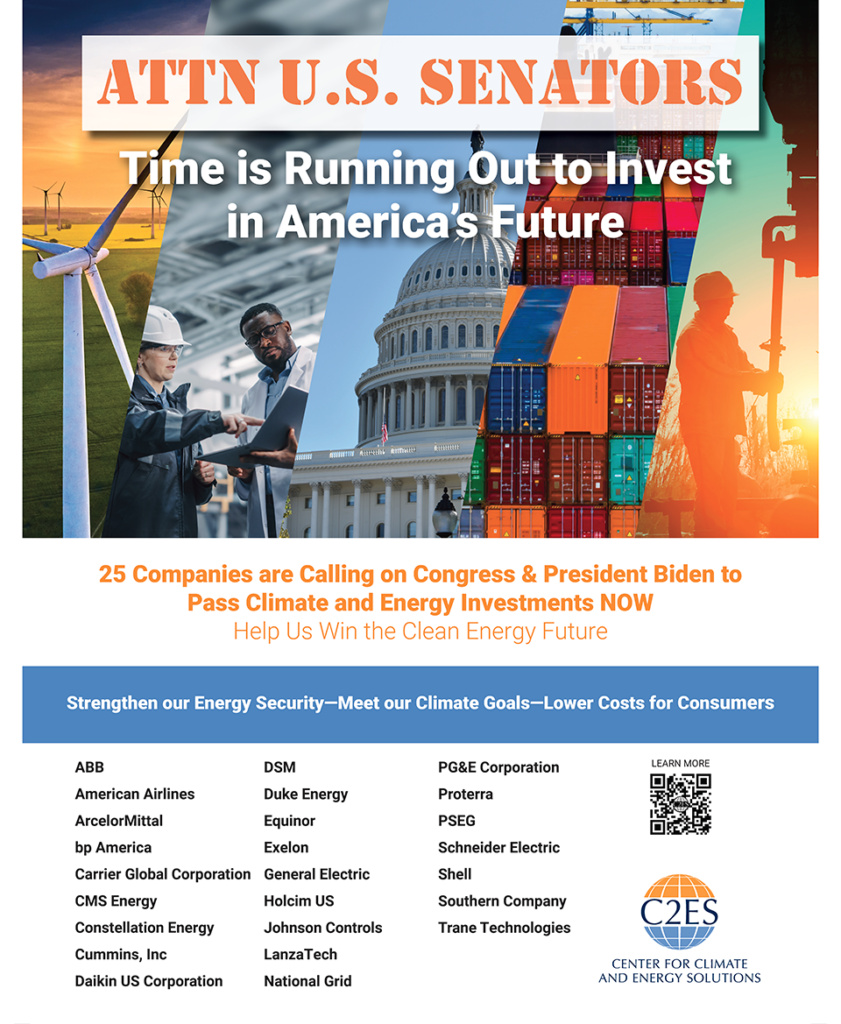 Leading businesses across the country have been stepping up at a critical moment to support ambitious climate action in Washington.

Support for the Build Back Better climate and clean energy provisions

Dozens of businesses have engaged federal policymakers on climate action since the start of the Biden Administration through C2ES-organized letters and statements, other coalition support efforts, and their own advocacy. These businesses have called for robust federal policy to support their ambitious pledges to decarbonize the emissions from their own operations and their entire value-chains.

See what businesses are saying.

For decades, a precision agriculture (PA) revolution has been ‘just around the corner,’ promising to transform American agriculture. While precision technologies—including variable rate applications, soil sensors, autosteering systems, and others—have significant potential to improve environmental outcomes, they have yet to …