We’ve all seen tragic and expensive weather disasters, like hurricanes, tornadoes, and floods inflict terrible economic and personal damage on a region in just a few hours or days. But another billion-dollar U.S. weather disaster is playing itself out over the course of the year, with potential bad news for the entire economy.

Months of rain nationwide severely delayed planting of the U.S. corn crop, which accounts for 95 percent of the nation’s feed grain for livestock. On top of that, a heat wave moving across the country is further threatening even more destruction. Already weakened by late planting and a rainy spring, crops are more vulnerable to extreme changes in weather. If the moist soil dries too quickly and becomes too compact, roots will not develop properly and the plants won’t grow. The result could be higher prices for most foods, vehicle fuel, and other consumer products — a major hit to the wallets of most Americans.

Now comes research showing this could be a trend. A study out this week from the U.S. Department of Agriculture warns that unchecked climate change could lead to more frequent extreme weather like this year’s, threatening the future of future corn, soybean, and wheat crops.

Each year in April and May, corn farmers sow millions of acres. This year, however, most of that time was spent idle, as rain poured across the Corn Belt, from Ohio to the Dakotas and from the Missouri Valley to the Canadian border. The wettest 12 months on record for the continental United States turned valuable farmland into acres of muck, where farm equipment couldn’t operate and seeds wouldn’t grow.

Soil needs to dry for at least a week after such rain, and the wet weather didn’t let up long enough or early enough. Above average rain in last summer and fall meant that water-saturated soil froze over the winter. Snow melted in March before the ground could thaw, meaning none of the snowmelt could soak through the soil. Instead it ran across the surface of the ground, adding to the flooding from rain.

On June 10, well past the time most farmers would typically plant, the U.S. Department of Agriculture reported only 83 percent of the nation’s corn acreage had been planted. The typical amount for that time of year is 99 percent. In some states, the news was much worse: Ohio farmers had only half their crop in the ground, Indiana’s had 67 percent, and in Illinois, the total was 73 percent.

Scientists say the overall rainy weather is the result of climate change. Donald Wuebbles, an atmospheric scientist at the University of Illinois at Urbana-Champaign, tells NatGeo that the past year’s increase in total precipitation in the Midwest, especially in winter and spring, is in line with what he’s been predicting, with more falling in larger extreme weather events. David Easterling, the chief of the scientific services division at the National Ocean and Atmospheric Administration, says it’s a trend his agency helped predict in the most recent National Climate Assessment, published in 2018. 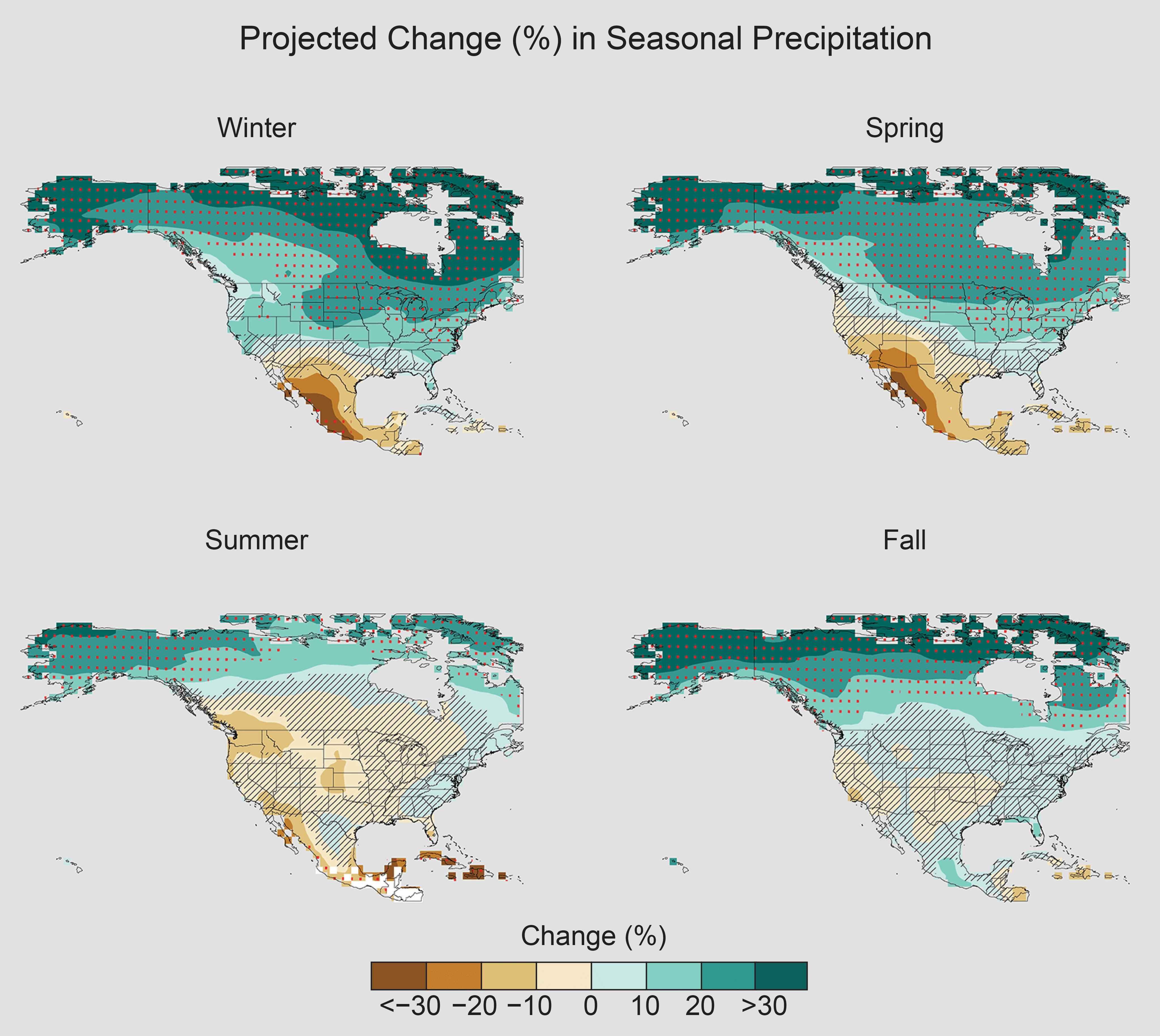 Farmers could file crop insurance claims for acreage that isn’t planted, but they had to meet state deadlines, usually occurring in late May or early June, after which typical yields diminish greatly. The USDA expects to issue more than $1 billion in “prevented planting” insurance payments this year.

Farmers face a roughly 1% reduction in corn yields for each day after May 15 they wait to plant, but many gambled that planting late is better than not planting at all. The USDA estimated that more than half of the crop in the 18 major corn-producing states went in the ground after May 25, with a substantial amount of the crop planted afterward in every Corn Belt state. Typically, less than 17 percent is planted after May 25. The agency’s July forecast of the nation’s total yield this year 166 bushels per acre, which would be the lowest yield since 2013 and almost 10 bushels per acre less than the average of the last three years.

Kevin Kloesel, director of the Oklahoma Climatological Survey, tells AccuWeather economic damage could exceed $1 billion. It’s certainly a crushing blow in farm states, where some growers will have as much as 30 percent less corn to sell. The most active contract for corn futures recently settled at $4.23 per bushel, after hitting a five-year-high. Analysts tell Barron’s that a low yield this year could send prices higher than $5 by December.

The most recent spike in corn prices came in 2012, when a nationwide drought produced the smallest corn crop in seven years and prices exceeding $8 per bushel contributed to a slowdown in U.S. economic growth.

But the higher prices are not necessarily good news for farmers. The largest consumers of U.S. corn are overseas, and China isn’t buying American corn because of the current trade war. The largest U.S. corn customers, Japan and Mexico, may still be buying, but a lower yield this year might reduce their demand as well. Meanwhile, farmers who don’t plant because of the weather won’t be eligible to receive federal aid designed to compensate for lost sales overseas.

The impacts on most Americans—those beyond the Corn Belt—will be more than a few extra cents for your morning corn flakes or the ears on the dinner table this summer. Many of the products you might buy, from food to furniture, will be affected.

Most cattle, poultry and pigs are corn-fed, which means higher prices for meat. Most food products in the supermarket, from soft drinks to bread, yogurt, salad dressing, and peanut butter, are sweetened with corn syrup or made with corn. It’s also the main ingredient in many pet foods.

Lower corn supply and higher prices also affect the price of motor fuels. U.S. law requires that gasoline and diesel fuel be blended with at least 10 percent ethanol (typically corn), and new regulations allow the year-round sale of fuel with concentrations as high as 15 percent. That combines for higher prices at the pump for U.S. drivers, and even higher prices for products shipped via truck or rail, which are fueled by ethanol-blended diesel. This includes non-food items like home furnishings as well as the groceries that cost more to begin with.

Climate impacts on urban and coastal areas are already well documented, but the past year of extreme weather and its effects on the corn crop are the strongest example yet of how climate change impacts are a clear and present danger to all of us, from the farmers who supply our food, to regular folks just feeding our families. Agricultural programs to help farmers prepare for climate impacts, crop insurance that responds to changing risk, and possibly a more diversified food system all might help our country, farmers, and food system thrive in spite of climate impacts.