Continuing to lead by example on federal sustainability

Associate Director for Outreach, Center for Climate and Energy Solutions

As the country’s largest landlord, fleet operator, and purchaser of goods and services, the federal government can lead by example in moving the country toward a more sustainable future.

Taking that opportunity, the Obama Administration recently issued a new executive order, Planning for Federal Sustainability in the Next Decade, that builds on energy-saving advances and ups the targets for federal agencies to do even more. Joining in the commitment to cleaner energy and energy efficiency were 14 companies that are major federal suppliers.

Taken together, the new executive order and the voluntary commitments from federal suppliers will reduce U.S. greenhouse gas emissions by 26 million metric tons below 2008 levels by 2025, according to White House estimates. 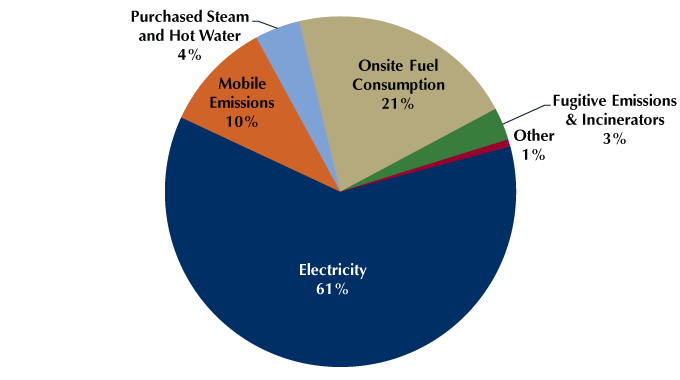 Federal government emissions are already down 17 percent from 2008 levels, saving taxpayers $1.8 billion in avoided energy costs. Progress has been made by increasing  renewable energy use, which now stands at 9 percent, and by deploying energy efficiency solutions for buildings and vehicles.

A variety of tactics will be needed to meet these new goals. One way to help is to use smart meters and grids, telematics transportation systems, telecommuting and teleconferencing, and a range of mobility and collaboration tools to transform the federal workplace. C2ES has examined how federal agencies have begun using  information and communications technology (ICT) solutions to reduce energy use and greenhouse gas emissions, and enhance productivity. Our 2013 report found that widespread deployment of ICT solutions could help reduce federal greenhouse gas emissions by 12 percent, saving about $5 billion in energy costs through 2020.

The new goals announced by the federal government and major federal suppliers serve as an example to other nations and other companies that a clean energy future is in our grasp if we are committed to reaching for it. This leadership is important because reducing greenhouse gas emissions will take action by both public and private sectors.

Comments on the proposed SEC rule on climate-related financial disclosures

Associate Director for Outreach, Center for Climate and Energy Solutions