The loss of Arctic sea ice is progressing more rapidly and clearly than just about any other indicator of global climate change. As I’ve discussed previously, the minimum summer sea ice extent (i.e. the two-dimensional area of the floating ice cap) set new record lows in 2002, 2005 and 2007. Similarly, the total volume of sea ice set record lows in 2007, 2010 and 2011. For the first time since 2007, both the sea ice extent and volume have set new record lows in the same year (see figures). And what’s more, they did it with weeks remaining in the melt season, which usually ends in mid-September. So the records have been broken this year, but we don’t know yet just how low the extent and volume will go. 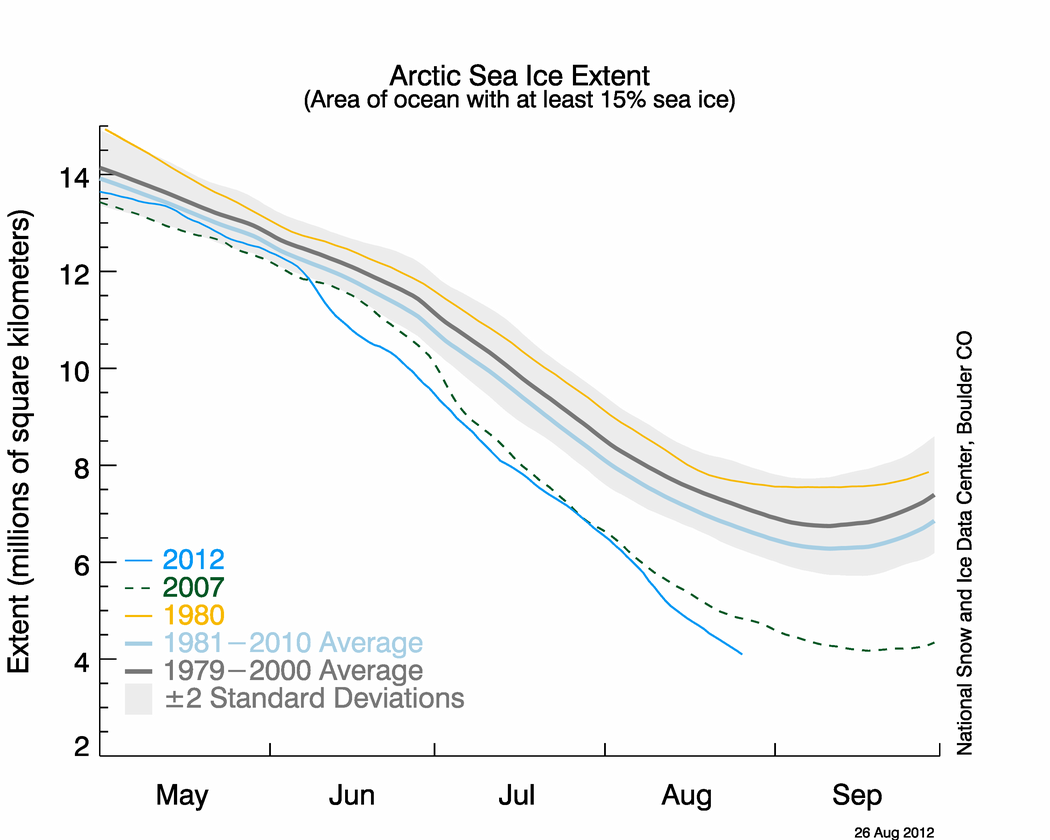 This news raises the important question of how soon the Arctic will open up to widespread economic activity and whether Arctic nations and other countries with economic and national security interests in the region will be ready to deal with each other on friendly terms.

In May, C2ES released a new report called Climate Change & International Security: The Arctic as a Bellwether. The authors examined dozens of policy announcements by the Arctic nations and other countries with economic interests in the area. They found that while the Arctic states genuinely hope to manage increasing international competition in the area, one of the key responses of individual countries has been to upgrade their military capabilities in the area, and many have stated that they will defend their interests in the region if cooperative measures fail. There should be no doubt that climate change is a strategic security issue.

Adapting to the effects of climate change will involve a wide range of responses, including political mechanisms to ensure that countries and neighboring states cooperate as climate change drives an increase in competition for resources. If the climate changes faster than our cooperative systems can match, we may find ourselves in even more legal and military conflicts.