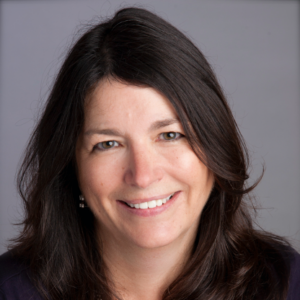 Maureen “Mo” Raymo is a marine geologist and climate scientist who works at Columbia University’s Lamont-Doherty Earth Observatory where she is the G. Unger Vetlesen Professor of Earth and Climate Sciences, Co-Founding Dean of the Columbia Climate School, as well as Director of LDEO.  Prof. Raymo’s research focuses on the history and causes of climate change in the past including understanding the consequences of climate change for sea level and ice sheet stability.  Her research has been profiled in the New York Times, the Washington Post, The Atlantic, The New Yorker, U.S. News and World Report, Discover Magazine, and elsewhere and featured on television via the History Channel, BBC World Service, BBC’s Planet Earth, PBS Newshour as well as numerous other podcasts and radio segments. Her Uplift-Weathering Hypothesis that addresses why climate changes on geologic timescales was the subject of both a PBS Nova and BBC Horizon documentary.

Prof. Raymo has spent many months at sea and in the field studying how our planet works, leading or participating in numerous scientific expeditions.  She has published over 100 peer-reviewed scientific publications, including ten in Science or Nature.  She has given hundreds of invited science presentations and spoken to dozens of public audiences about climate change.  A fellow of the National Academy of Science, the American Association for the Advancement of Science, the American Geophysical Union, The Geological Society of London, and The Explorer’s Club, in 2014 she became the first woman to be awarded the Wollaston Medal, the Geological Society of London’s most senior medal previously award to Charles Lyell and Charles Darwin.  In December of 2019 she was awarded the Maurice Ewing Medal by the AGU and U. S. Navy “for significant original contributions to the ocean sciences.”