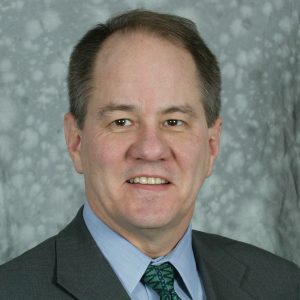 From 1979 to 1996, Mr. Williams was with Morgan Stanley & Co. Incorporated as a Managing Director, heading the Global Telecommunications Group from 1984-1996.

While at Morgan Stanley he was the principal financial architect for the 1995-96 break-up of AT&T. In 1996, he joined McGraw-Hill as Executive Vice President of Strategic Development and Global Markets and forged that company’s first comprehensive plan for global expansion. As a Partner of Greenhill & Co. from 1998 to 2002 he advised the U.S. Department of Justice with respect to the financial implications of U.S. v. Microsoft. He led his own firm, Jeffrey Williams & Associates LLC until retiring in 2011.

Mr. Williams received his Bachelor of Architecture (1975) from the University of Cincinnati and has been a University of Cincinnati Foundation Trustee since 1998 serving as the Vice Chairman (2003-05) and Chairman of its Board (2005-09). He currently serves on the Executive Committee as a member-at-large and on Compensation, Investment, Finance and Operations Committees and the Committee on Trustees and Governance. In June 2009, Mr. Williams was presented with an Honorary Doctor of Commercial Science – Honoris Causa. In October 2009, he was awarded the Foundation’s Chairman’s Award for outstanding service to the University.

Mr. Williams received his Master of Business Administration with Distinction from the Harvard Graduate School of Business in 1979. In 2013, Mr. Williams returned to Harvard University as a Fellow in its Advanced Leadership Initiative..

Mr. Williams has served as founding co-Chairman of the Environmental Defense Fund Action, the political advocacy arm of the Environmental Defense Fund and was instrumental in charting its early growth and contributing to its programmatic effectiveness. After completing the Fellowship at Harvard’s Advanced Leadership Initiative, he has been working to assemble a nationwide coalition with the objective of returning the issue of climate change to the Federal electoral agenda