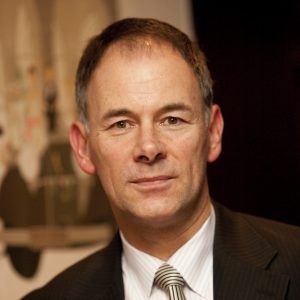 David Hone works for Shell International Ltd. and is the Chief Climate Change Adviser in the Shell scenarios team.

He joined Shell in 1980 after graduating as a Chemical Engineer from the University of Adelaide in South Australia. He initially worked for Shell as a refinery engineer in Australia and The Netherlands, before becoming the supply economist at the Shell refinery in Sydney. In 1989 Mr. Hone transferred to London to work as an oil trader in Shell Trading and held a number of senior positions in that organisation until 2001.  In that year David took up his current role.

Mr. Hone is a Board member (and former Chair) of the International Emissions Trading Association (IETA), a global business organisation of some 130 companies. The Association focuses on the development of carbon markets.

Mr. Hone posts regular stories on his energy & climate change blog, which can be found at http://blogs.shell.com/climatechange. He also contributes to US based blog, The Energy Collective (http://www.theenergycollective.com). He has recently written two books on the climate issue, both under the title Putting the Genie Back (with C2ES as a beneficiary through sales).

Putting the Genie Back: Solving the Climate and Energy Dilemma

Shell Chief Climate Change Strategist and C2ES board member David Hone tells the story of the climate change issue and the transition in the energy system that must be implemented to finally address it. The book brings together and builds …

In a March 6, 2014, op-ed for Project Syndicate, C2ES Board Member David Hone urges policymakers to focus more on the deployment of carbon capture and storage technology as a strategy for achieving emissions reductions. Hone, who is chief climate …