EV sales are up, but we still need fuel economy standards

At the recent Washington Auto Show, I test drove the Toyota Prius Prime, the second-generation plug-in hybrid Prius model. The Prime features a larger battery range than its predecessor, is surprisingly roomy, and, once unplugged from the charging station, provides a similar driving experience as a gasoline-powered hybrid.

The Prime is the latest example of automakers developing vehicles that can compete both functionally and financially with traditionally-fueled vehicles.

In the all-electric vehicle market, consumers have had to choose between high costs or low battery.

Consumers are responding to these new models and technologies. The reconfigured Prius Prime jumped from a dozen or so vehicles sold per month earlier in 2016 to more than 1,300 vehicles per month in when it was reintroduced in December and this past January, taking second place in the plug-in hybrid market. Of the five best-selling models since December (Chevy Bolt & Volt, Toyota Prius Prime, Tesla Model S & X), only Tesla’s Model S is not new or redesigned within the past 18 months. 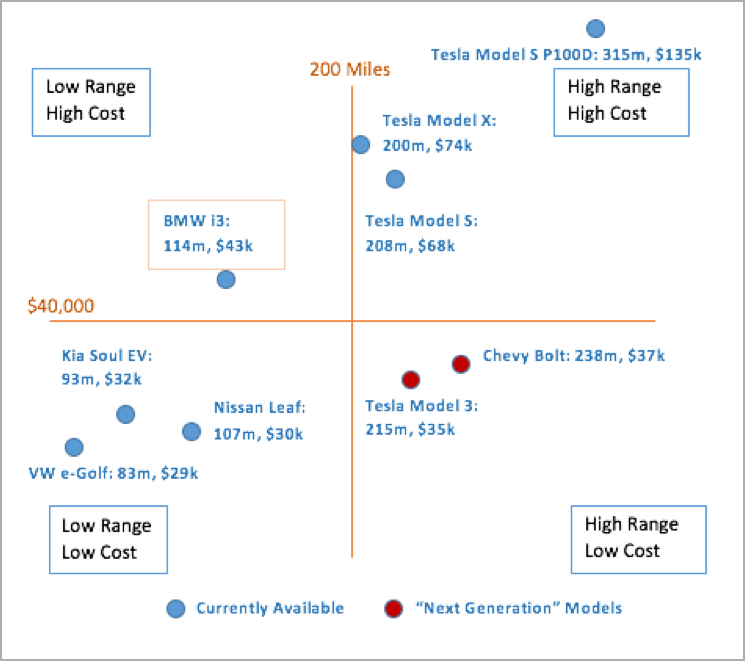 2016 was the highest-selling year in the history of the U.S. EV market, with approximately 150,000 vehicles sold. December set a single-month EV sales record at more than 23,000 vehicles.

However, 2016 was also a record year for the U.S. auto market as a whole. Consequently, EV market share rose only slightly, from 0.67 percent in 2015 to 0.84 percent in 2016. (Some estimates can range higher.) In the same timeframe, light trucks (SUVs, vans, and pickup trucks) accounted for more than 60 percent of the U.S. vehicle market, and are expected to remain popular if oil prices stay low. Although EV purchases are increasing, there are at least 70 new light trucks purchased for each new electric vehicle. Plus, Americans are driving more miles than ever.

That’s why it’s important to maintain the federal fuel economy standards, which require automakers to improve the average emissions of the vehicles they sell over the next decade.

The fuel economy standards allow for consumers to choose SUVs and pickups under a separate “footprint,” but require that the greenhouse gas emissions of the larger footprint improve. The U.S. Environmental Protection Agency and the California Air Resources Board have reviewed the standards and found them to be practical, achievable and affordable. With the transportation sector now the heaviest-polluting sector in the nation, these fuel economy standards are critical to reducing greenhouse gas emissions.

Manufacturers are making great strides to expand the EV consumer base beyond early adopters. Many reputable analysts, such as Bloomberg New Energy Finance and the International Energy Agency, expect that consumer EV adoption will rise rapidly in the coming decades, helping to deeply decarbonize the sector. In the meantime, federal fuel economy standards can help reduce greenhouse gas emissions from all vehicle model and fuel types.

The transportation sector became the largest source of U.S. greenhouse gas (GHG) emissions in 2016. Driven by increased travel demand, low fuel prices, and urban sprawl, transportation emissions grew about 23 percent between 1990 to 2019. To change this trajectory, …

Nat Keohane on the Supreme Court’s decision on W.Va. v US EPA