The Tesla Model 3 has surged onto electric vehicle (EV) scene, with more than 325,000 hopeful customers placing $1,000 deposits in less than a week.

The new all-electric vehicle has inspired phrases like “game-changer,” “simply extraordinary,” and “a tipping point.”

Since all-electric vehicles can significantly reduce greenhouse gas emissions in the second largest emissions sector, greater interest in EVs could result in meaningful progress in addressing climate change. Looking past the initial wave of excitement, though, what does the Model 3 really mean to the EV market?

The Tesla Model 3 is a next-generation EV with a base price of $35,000 and an expected battery range of 215 miles. The vehicle is noteworthy because it reduces two primary barriers to EV adoption: price premium and range anxiety. Currently, all-electric vehicle models only allow prospective owners to reduce one of those barriers – you can choose between a relatively inexpensive vehicle with a limited range or an expensive luxury vehicle with a long range. The Chevy Bolt, which is slated for production in late 2016, will be the only vehicle with comparable range and performance when the Model 3 is released.

So how much of a game-changer is the Model 3?

Well, 325,000 deposits for a vehicle that will not begin production for another 18 months is surely an eye-opener, given that the number of deposits equals about two thirds of global EV sales for all of last year. Domestically, the leading all-electric model so far this year has been the Tesla Model S, accounting for just over 6,000 vehicles. So far this year, consumers have bought just over 15,000 all-electric vehicles that they could drive now, without an 18-month waiting period, which speaks volumes about the excitement for the Model 3.

Several questions linger, however, about how effective Tesla’s new model will be in the global marketplace:

That last point may not be a serious concern for Model 3 owners, who will enjoy a longer range and be able to access the company’s private Supercharger network. But before the EV market can reach a “tipping point,” several barriers to EV adoption must still be addressed. For example, residents of large apartment buildings who typically park on a street or a shared parking lot may not have access to EV charging. Drivers who rely on public charging to get to their destinations may find locating a station difficult, since public charging stations can be prohibitively expensive for private companies to install and operate.

Tesla CEO Elon Musk has generated interest in a vehicle that won’t be released for a year and a half by packaging style, performance, and brand loyalty. He has created a promising vision of expanding the EV market with the excitement that the Model 3 has generated, but several barriers to EV adoption still persist. Musk and the EV market still have a ways to go to turn promise into reality. 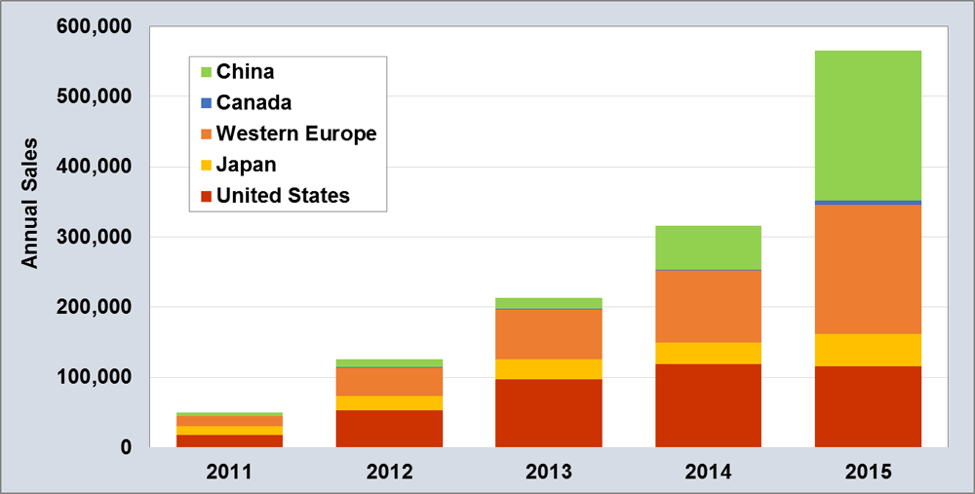 The transportation sector became the largest source of U.S. greenhouse gas (GHG) emissions in 2016. Driven by increased travel demand, low fuel prices, and urban sprawl, transportation emissions grew about 23 percent between 1990 to 2019. To change this trajectory, …