Tipping points and climate change: Revisiting The Day After Tomorrow

It has been 10 years since the movie The Day After Tomorrow offered a highly embellished vision of a climate “tipping point” in which polar ice sheets melt, shut down the Gulf Stream, and plunge Europe and much of the U.S. into a deep freeze.

While most of The Day After Tomorrow is safely in the realm of science fiction, there is real science to back up concerns that tipping points in the climate system could cause potentially irreversible, and in some cases drastic, changes in our climate. 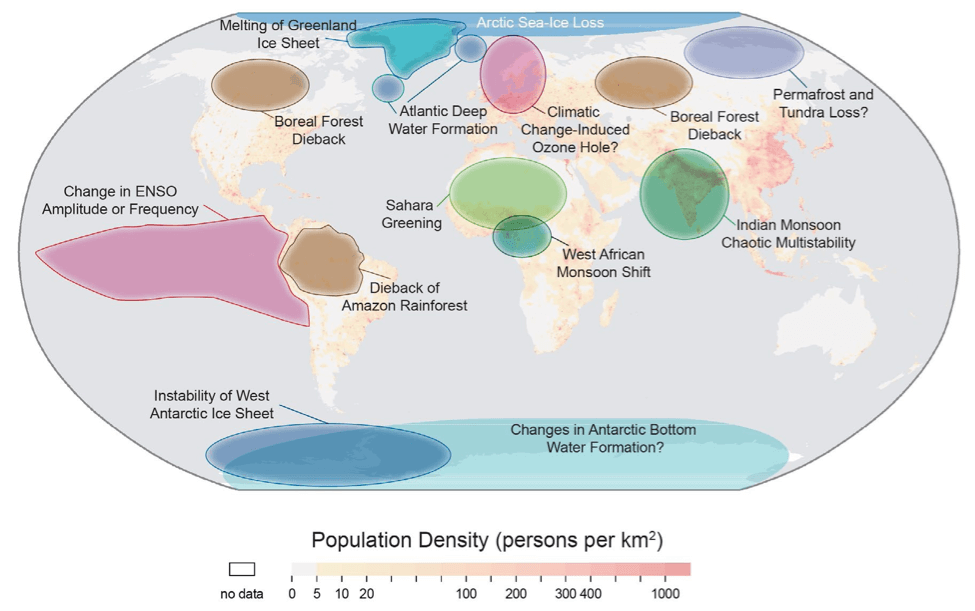 Since The Day After Tomorrow premiered in 2004, considerable research has been done to better understand one of the key tipping points presented in the movie: the melting of the polar ice sheets in Greenland and Antarctica. While melting ice sheets aren’t likely to spawn the freezing cold hurricanes featured in the movie, their loss could affect the ocean’s circulation and would likely raise sea level many feet, increasing flood risks for coastal communities.

Researchers from the University of California, Irvine, and NASA’s Jet Propulsion Laboratory used satellite and air measurements to document an accelerating retreat of six Antarctic glaciers over the past several decades. The team modeled the ongoing retreat of the glaciers and found that full-scale collapse is likely to occur over the next several centuries, which could cause sea level to rise four feet as the glaciers disappear.

A separate set of researchers from the University of Washington found similar results for the Thwaites glacier (also part of the West Antarctic ice sheet), one of the largest regional contributors to sea level rise. The study published this spring found that the glacier has already entered the early stages of collapse, and rapid and irreversible collapse is likely in the next 200 to 1,000 years.

Although these timescales don’t make for a Hollywood blockbuster, they should still be cause for concern. Scientists agree that greater warming means greater risks of crossing a threshold for a tipping point. And once a tipping point is crossed, there’s no turning back. The consequences are often irreversible.

Even if we manage to dodge tipping points, or if we avoid crossing them in the near term, climate change can still threaten our ecosystems, businesses, and communities. Impacts are occurring now. More frequent and intense heat waves, sea level rise, and changes in rainfall patterns are just a few examples. Although these impacts may not have a discrete tipping point or threshold, their consequences are likely to grow worse with greater warming.

Reducing our emissions helps lower the risk of crossing tipping points, and gives our efforts to build resilience to climate impacts a greater chance of success.

Winter weather in Texas and the importance of infrastructure resilience investment

Sports can unify us to fight climate change