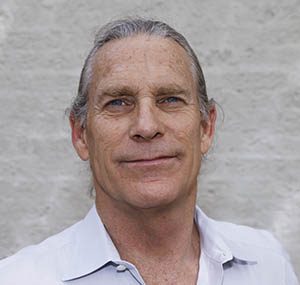 Trammell S. Crow is a Dallas, Texas-based businessman, philanthropist, entrepreneur and innovative leader in business development and operations. He is the Founder of Earth Day Texas, “the world’s largest Earth Day celebration,” which in 2016 drew more than 130,000 visitors to Dallas’s Fair Park for the two-day event. Earth Day Texas teaches visitors, businesses and school children the benefits of green living and environmental sustainability.

Mr. Crow serves on the Board of Directors of Million Acre Pledge, a 501(c)(3) charity that commits individuals, businesses and foundations to conserve or restore large areas of forest and other bio-rich natural areas to save irreplaceable ecosystems, stop CO2 emissions on ecosystem loss and enable CO2 absorption by recovering ecosystems, and to encourage and inspire forest and other ecosystem conservation. He has committed to protect 250,000 acres of forest in Suriname.

In September, 2016 Mr. Crow was honored at the 20th anniversary Global Green Awards in recognition of his work in advancing sustainable and resilient communities to best support Earth’s natural systems, stem climate change, protect human health and improve livability for all.

The son of Trammell and Margaret, the former being the founder of the Trammell Crow Company, Mr. Crow is the President of the Crow Family Foundation, which operates and manages the Trammell & Margaret Crow Collection of Asian Art and the Trammell Crow Sculpture Garden in the heart of the downtown Dallas Arts District.

A graduate of Yale University, Mr. Crow began his business career as a warehouse leasing agent in Denver. He transferred to Houston and developed residential subdivisions and leased retail space. In Dallas, he joined the development team of the signature Anatole Hotel and worked at Dallas Market Center, expanding its exhibition and retail space by over 2 million square feet. He developed the Dallas Communications Complex, the Studios at Las Colinas, the INFOMART and the Dallas Fort Worth Teleport. From 1986 to 1993, Mr. Crow was Chief Executive Officer of Trammell Crow International.

Mr. Crow is co-founder of Texas Business for Clean Air and Texans for Clean Water. He serves on the Board of Directors of Space Center Houston and American Renewable Energy Institute, and is on the Advisory Board of Environmental Defense Fund Texas and Texas Land Conservancy, among others. He is a long-time supporter of the Texas Conservation Alliance, the Nature Conservancy of Texas, Texans for Lawsuit Reform, Log Cabin Republicans and the League of Conservation Voters.

Mr. Crow serves on the Development Board of University of Texas at Dallas and has on-going associations with Paul Quinn College, the Dallas Community College District Foundation, Trinity River Improvement Association and McKinney Avenue Contemporary art gallery, among others.

The father of Nathan, Margaret, Daniel and Isabella, Mr. Crow resides in Dallas, Texas, where his hobbies include rock collecting and sharing his love of music, art and reading.